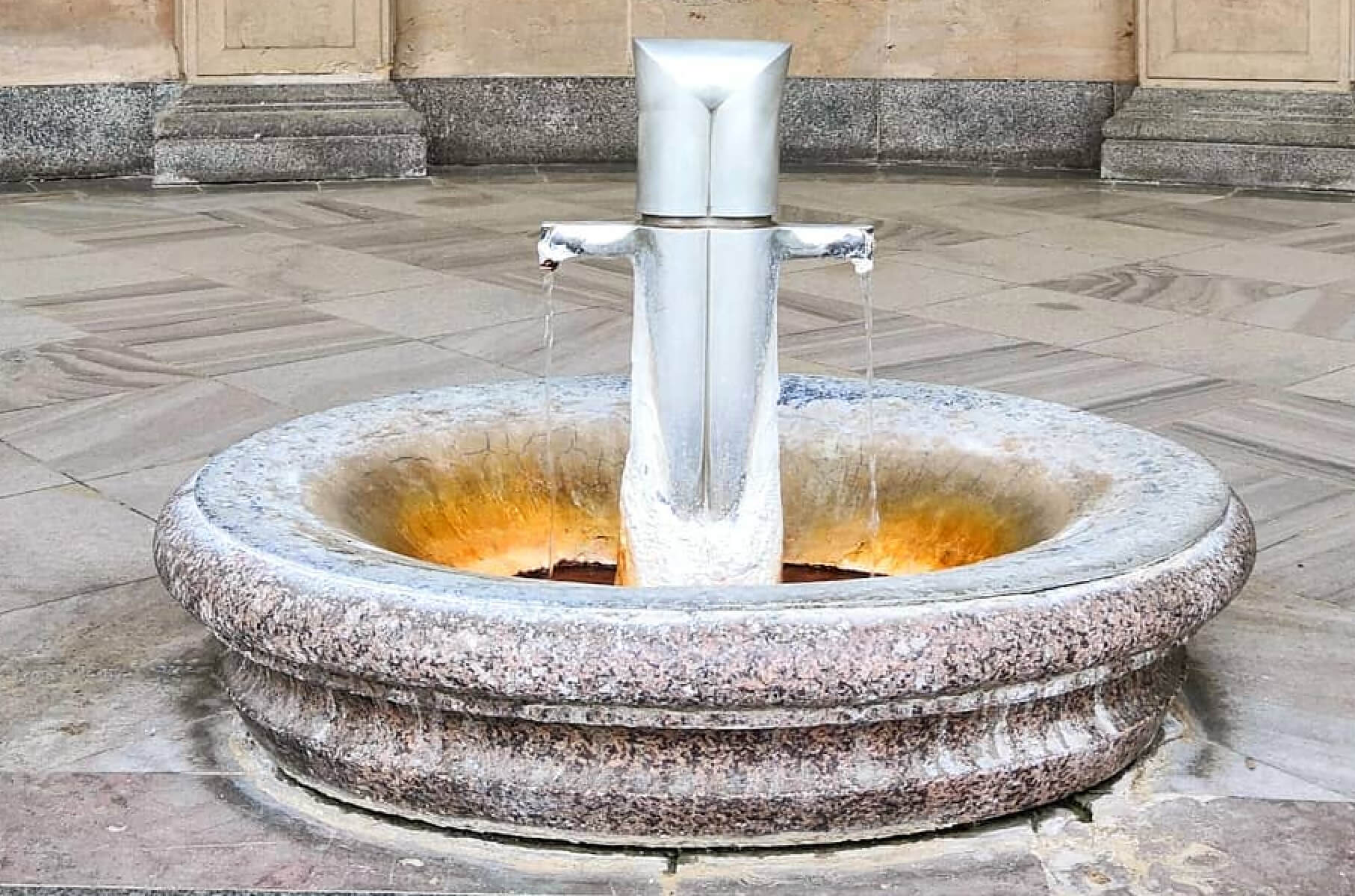 The spring waters contain a mixture of 47 elements that are proven to benefit human health. Used for its effects broadly since the 16th century, the spring waters have not lost any of its qualities over time. Coming from a depth of 2,500 meters, the water branches into 81 individual springs, 15 of which are accessible to the public.

The springs differ in temperature as well as in the concentration of carbon dioxide and minerals. The main spring, located in the centre of the spa town of Karlovy Vary, is called Vřídlo (“Hot Spring”) and boasts a geyser gushing mineral water at a temperature of 72 °C up to 12 meters high in the air. 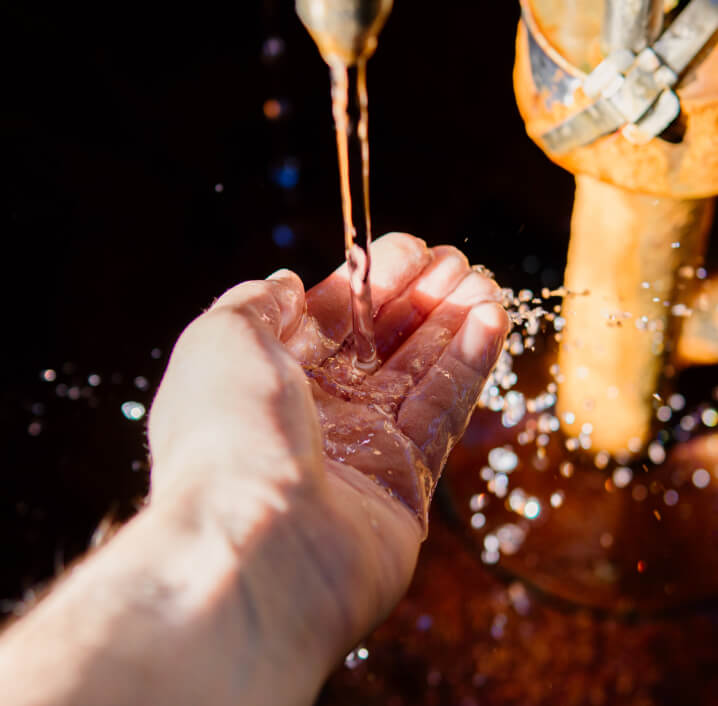 More about the drinking cure

The most important parts of the treatment are hot spring baths and the drinking of mineral water. A correctly chosen drinking cure can alleviate many health problems, strengthen your immune system and heal inflammations.

The drinking cure is always tailored specifically for each client. A physician will assess your health condition, recommend the right hot springs and explain to you the principles of a drinking cure. It is not advised to try all the hot springs and drink thermal water without a medical recommendation.

Thermal water is usually drunk three time a day, always before meal. Drink 200 ml of warm thermal water within 5–10 minutes. It is a small celebration of health, during which you should not be disturbed by anything or anyone. Just take your time and enjoy the moment.

The water should be drunk near the spring, where the concentration of carbon dioxide is the highest. With a correctly chosen treatment, your body will absorb 5–7 g of minerals every day. Ideally, the drinking cure should last for three weeks. 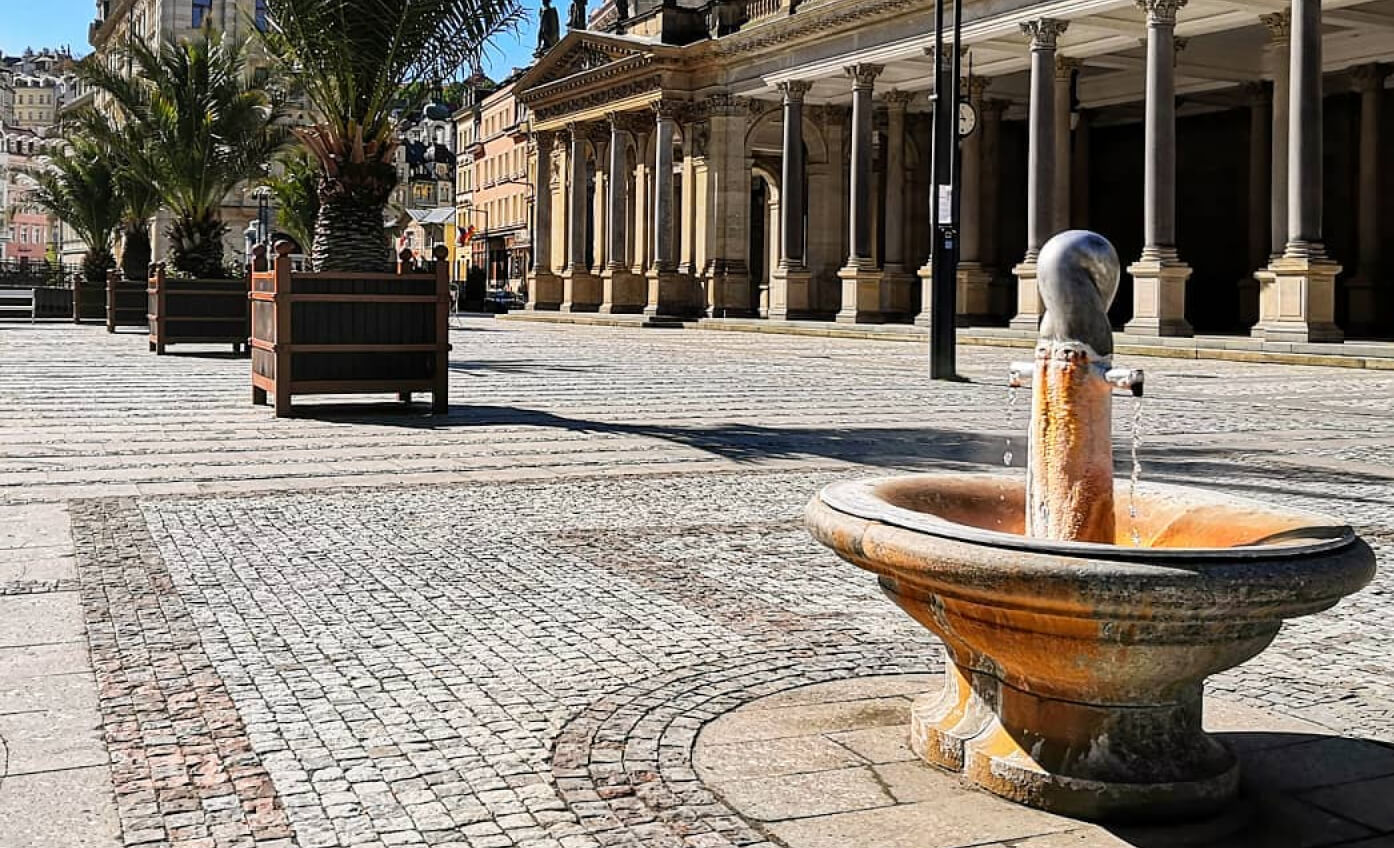 The famous history of the spas of Karlovy Vary

Legend has it that the power of the hot springs in today’s Karlovy Vary was discovered by the Czech King and Holy Roman Emperor Charles IV, when thermal water from a local spring healed his wounded leg. Therefore, he founded a town here, whose fame reached far beyond the borders of the Bohemian lands already in the 16th century.

The healing effects of the local springs brought composers such as Mozart, Beethoven, Chopin and Paganini to Carlsbad, as the town was historically known. After one of his thirteen stays here, the poet J. W. Goethe wrote to a friend: “I will return to Carlsbad in any case. I owe an entirely different existence to these hot springs.”

Sigmund Freud visited the spa town five times, contemplating his psychoanalytical theories with a cup of thermal water in his hand.

Have a sip of thermal water from a traditional porcelain mug and experience its healing power which has been helping people for centuries. 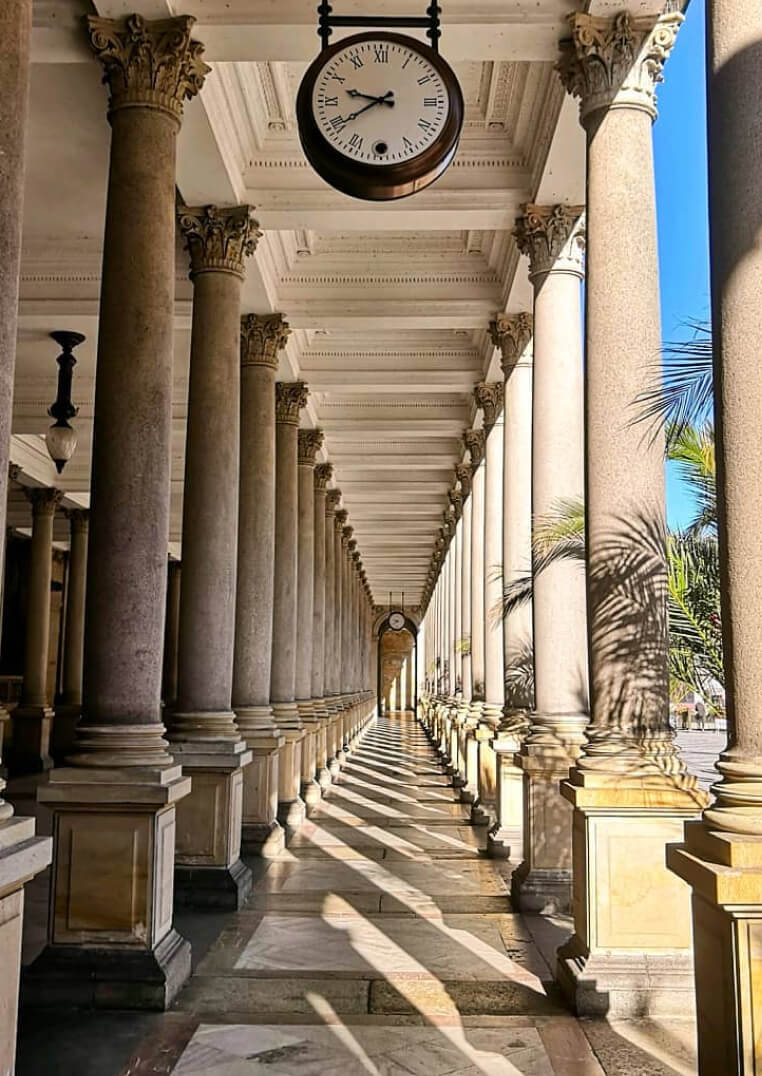 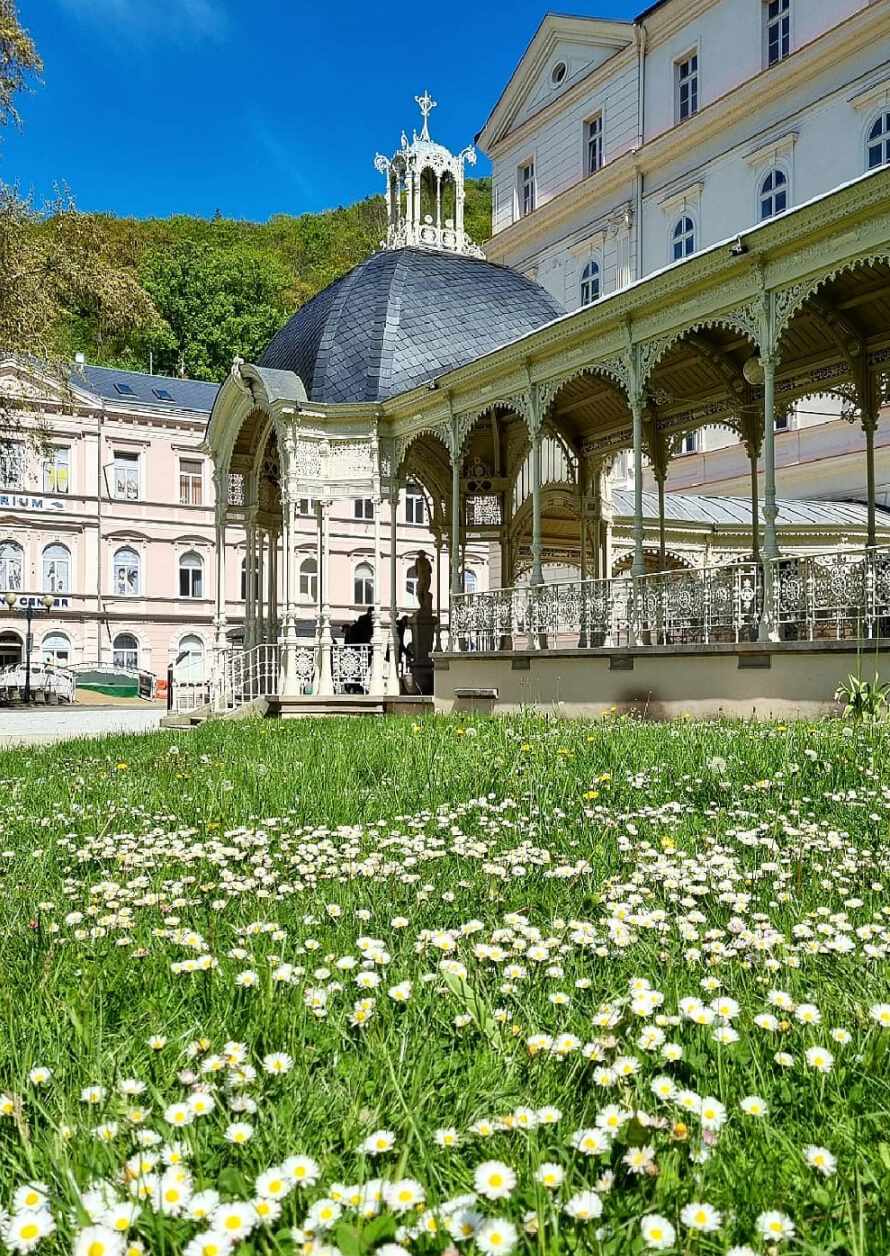 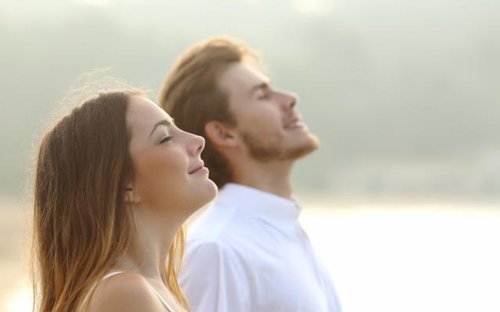 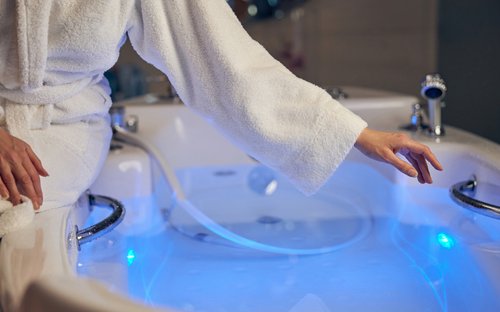 Improve your physical and mental fitness. Movement and relaxation will help you feel fresh again. This 5-day stay includes massages, a bath, unlimited access to the Thermal Wellness Centre and accommodation with half board. 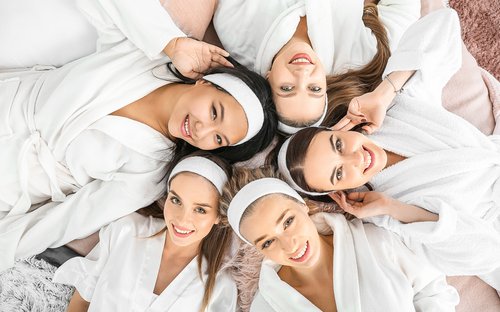 Let yourself be pampered. Your body deserves it. Our Beauty Days programme is packed with pleasant spa treatments. Enjoy baths, massages, body wraps and lymphatic drainage. You can also relax in our indoor swimming pool or give your whole body a workout at the hotel fitness centre, to which you have unlimited access. 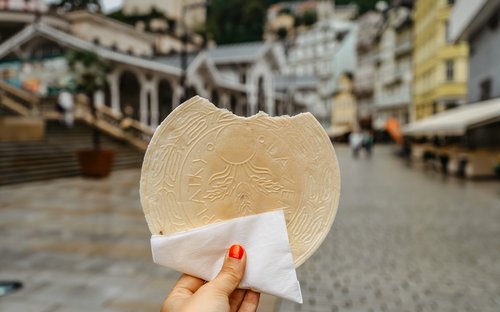 Choose Karlovy Vary for your weekend stay and stay at Hotel Thermal. Relax in the hotel's indoor wellness, to which you have unlimited access, or discover the charm of the spa promenades. Warm up your body in the outdoor pool or visit the sauna world of Saunia Thermal Resort. The offer is also valid during the week.

One-time 3-hour free entry to the outdoor pool including sauna world for each night of your stay.
Choose from our offer of stays

Modernization of the Hotel Thermal

We would like to inform you that we are currently carrying out construction works on the reception and technical background of the hotel tower. We apologize for the partial limitations in the implementation of works that are necessary to ensure maximum safety of hotel operations and will significantly increase the comfort of services during your stay.

In the period from 30.1. to 2.2. there will be a technological shutdown of the indoor pool of the Hotel Thermal and the related closure of the indoor Thermal Wellness (indoor pool, whirlpool, Finnish sauna, infrared cabin, steam sauna and Kneipp walkway). We apologize for the restriction of operations. For our guests, a one-time access for 3 hours to the Saunia Thermal Resort for each night of stay is still available. Thank you for your understanding.